Save the date
Saturday, July 23

The Luau is back!
Our popular summer fund-raiser returns to Susie Warner’s backyard on Saturday, July 23. Watch this space for more information. 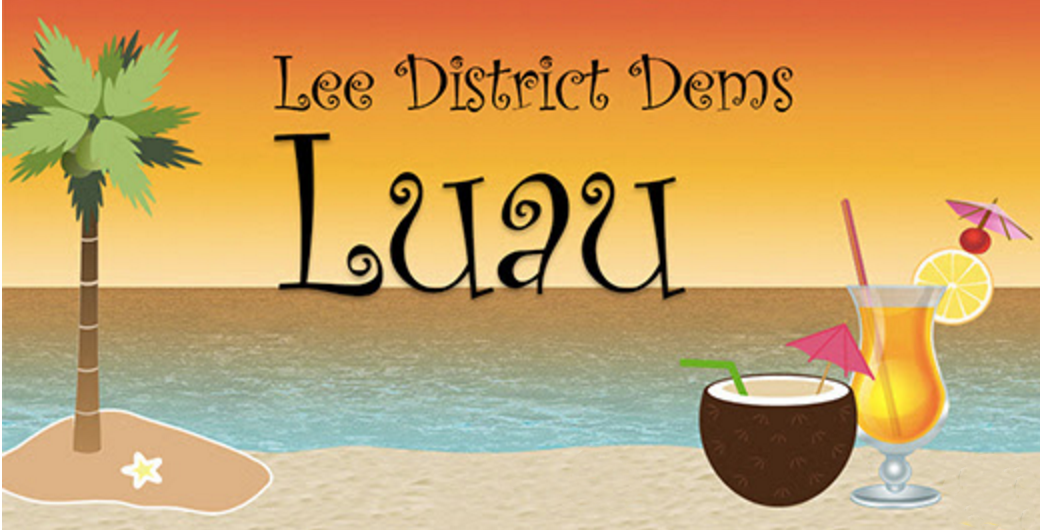 Quick notes from the May Lee Dems meeting:
A few changes on the way!

So many people showed up in person at the April Lee Dems meeting that committee leadership hoped to continue future meetings in hybrid fashion. Sadly, it is not to be. With new omicron subvariants ticking Fairfax County back into dangerous territory, there were few in-person participants at the May 12 meeting — and a decision was made to hold the rest of our 2022 meetings on Zoom.

As our meetings seem to run long, there were no objections to beginning future sessions at 7 instead of 7:30 pm.

Another decision: No meeting in June! Why? The second Thursday is June 9, and that’s the night of the first televised January 6 Committee hearings. As staunch defenders of democracy, most of us will be glued to our television screens that night. Several other district committees have made the same decision.

Our work in June consists primarily of staffing our 8th Congressional District precincts on June 21 and having volunteers at our early voting site June 11–18. Precinct captains have been invited to a gathering on June 1, a chance for these leaders to meet one another and to explore ways to coordinate with the membership team, headed by Debbie Linick and Diego Scharifker.

Interested in becoming a precinct captain? There are still at least three positions available! Just let us know of your interest at info@leedems.org.

Ed Joseph, vice chair/precinct operations, spoke about the importance of leadership at the precinct level. A primary election, he said is a chance to have conversations with self-selected strong Democrats.

No Lee Dems meeting in June! Next meeting:

Thursday, July 14
7 pm on Zoom
Please note the new time, and check back here for a link to join the Zoom meeting.

How does redistricting affect you?

Many Lee District residents are in new congressional, state House and state Senate districts. Check here to see which districts you’re in now. There’s a primary election in the 8th CD on June 21, but not in the 11th CD, so be sure to check which congressional district you’re in. You can also check your registration status.